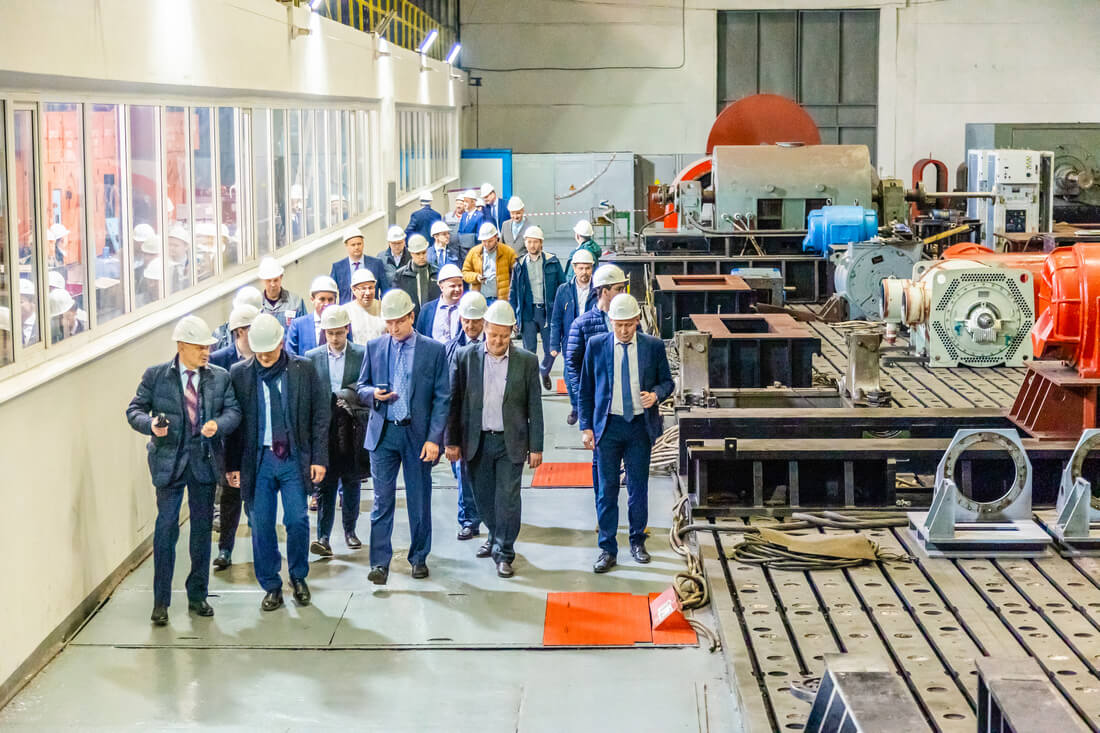 The acceptance commission reviewed the results of experimental design work on the development of the traction generator GST-3505-1800, designed for the mainline diesel locomotive 2TE35A.

The acceptance commission reviewed the results of experimental design work on the development of the traction generator GST-3505-1800, designed for the mainline diesel locomotive 2TE35A.

Tests carried out on the basis of the interstate standard GOST 15902-2014 confirmed the compliance of the generator with the requirements of the terms of reference. The acceptance commission chaired by the General Director of the Traction Components company Alexander Saltaev, which included representatives of the relevant departments of Russian Railways, the president of the non-profit partnership "Association of Manufacturers of Railway Equipment", specialists of research institutes (VNIIZHT, VNIKTI), the holding "Sinara – Transport Machines" (STM) and the plant "Elektrotyazhmash-Drive", confirmed that the tests were carried out fully and reliably. The letter O1 was assigned to the design and technological documentation, which allows the plant "Elektrotyazhmash-Drive" (g. Lysva) start the production and supply of generators.

The synchronous traction generator GST-3505-1800 is designed and manufactured according to the technical specifications of the Traction Components company. Its key characteristics are high rotational speed (1800 rpm), rated power transmitted to traction asynchronous motors of at least 3505 kW, weight 6.6 tons, efficiency of at least 96% (at rated power). In combination with the modern design, which provides for the absence of a brush assembly, a single-support design and the ease of replacing the bearing without removing the generator, these characteristics allow for high reliability and ease of maintenance of the generator during the operation of the locomotive.

The generator is designed to work as part of the power plant of a two-section 16-axle mainline diesel locomotive 2TE35A, developed by STM. Two power plants (one per section) with a capacity of 3505 kW each will be controlled using a domestic microprocessor system, which will allow achieving a high final power and traction force sufficient to transport trains weighing 7,100 tons in the conditions of the Eastern Polygon of Russian Railways, as well as the Northern latitudinal course.

During the work of the commission, its participants visited the production site of the enterprise and assessed its readiness to release new equipment. The plant was also visited by the head of the administration of the Lysvensky city district Nikita Fedoseev. He noted the importance of mastering the production of new generators for the economic sustainability of the enterprise and the region. "Today is not only a big event for the company "Elektrotyazhmash-Drive", but also for the whole district. The new generator produced in Lysva, I am sure, will occupy its niche in the railway industry. I wish the staff of the plant to enter the serial production of the product. After all, the stable operation of each enterprise is the key to the development of the Lysvensky City District," Nikita Fedoseev said.

The importance of developing new models of high-performance equipment was emphasized by the President of the Association of Manufacturers of Railway Equipment Valentin Gapanovich. "The traction generator is a strategically important component in the locomotive power drive system, without which it is impossible to move the car. Already today, the generator is almost completely localized — the intellectual property of it belongs entirely to Russian enterprises, domestic know-how is embedded in it. This is an important step of our railway engineering towards independence from imported components," said Valentin Gapanovich.

"The design and creation of a complex of equipment for the 2TE35A diesel locomotive, Traction Components company began in 2020 and from the very beginning focused on attracting a wide range of Russian component manufacturers. A reliable and efficient generator for power plants was created thanks to cooperation with the company “Elektrotyazhmash-Drive" in a short time. Successful completion of the acceptance commission allows us to proceed to the next stage of work on locomotive components," said Alexander Saltaev, General Director of Traction Components.

General Director of the plant "Elektrotyazhmash-Drive" Andrey Kuznetsov stressed that thanks to participation in the project, the company is opening a new "railway" page in its nomenclature. "I would like to wish that the joint fruitful work of all the members of the commission and the employees of our company will allow us to fulfill all the tasks set. For my part, I can assure you that the plant's staff will make every effort to ensure that the new traction generator GST-3505-1800 successfully passed all stages before serial production and became a model of a modern and reliable electric machine," Andrey Kuznetsov added.